You are here: Home>News>Anniversary Symposium Report 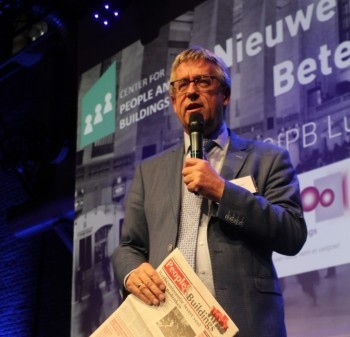 This past Tuesday, CfPB celebrated their 15th anniversary with the mini-symposium “New work environments, better performance? 15 years back, 15 years forwards.” Interest was considerable, and over 200 visitors showed up Tuesday afternoon at the beautiful old former glue factory, now Lijm & Cultuur. It was an interesting, inspiring event. We were pleasantly surprised by the many (extremely) positive comments afterwards.

Beforehand, we had some doubts on how the day’s message would be received. After all, the results of 15 years of research on workplace innovation show that, although there are some positive results, the title’s question mark still can’t be exchanged for an exclamation point. The definitive solution for successful new work environments remains elusive. The results are often a bit disappointing compared to the high expectations beforehand.

During their presentation, Evi De Bruyne and Sandra Brunia covered some striking results of CfPB’s research, among other topics. To name a few:

They also briefly discussed future developments and evolving management issues such as the increasing importance of flexibility.

They closed by observing that new work environments tend to be accompanied by a great deal of wishful thinking, that reality shows some clear areas of tension, and that there is still plenty left to learn about workplace innovation. Stubborn   behavior within the organization, for example, “people are strange creatures” after all. This was a nice transition to the next presentation, by guest speaker Ruurd Baane.

HR strategist Ruurd Baane, (known for his reference work on New Ways of Working, “Het Nieuwe Werken ontrafeld; Bricks, Bytes and Behaviour”) started on a lighter note. For example, he compared New Ways of Working to cruise ships, “You either love it or you hate it.” He also mentioned the honeymoon effect: having to work to keep the relationship fun and vibrant after the good first few years.  He then became more serious, providing an interesting analysis of the behavioral side of New Ways of Working. According to Baane, the bricks and bytes are usually fine. Behavior is where things go wrong. Why is this?

What does the audience think?

Led by chairman of the board Hans de Jonge, participants were asked their opinion on various subjects. This involved one of those nice new-fangled digital innovations, “polling” by smartphone. That these have rapidly become completely commonplace was clear, as no less than 80% of participants responded. A few results: In response to a query on disruptive changes to the work environment, a quarter thought new generations of employees would be the cause, 9% blamed robots, 4% increasing real estate prices, and 62% thought the changes probably wouldn’t be all that drastic. Eighty percent disagreed with the statement that top-down implementation of a new work environment is the best method. 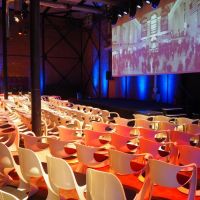 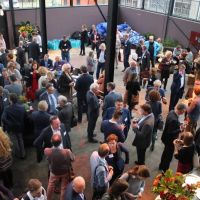 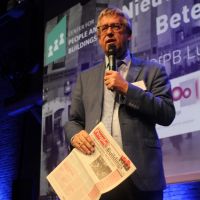 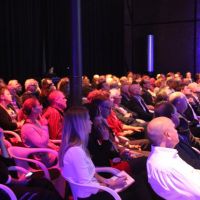 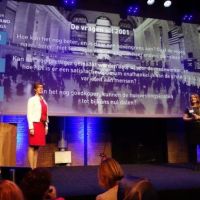 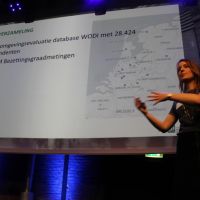 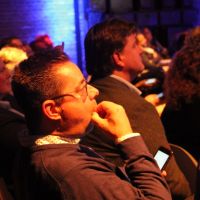 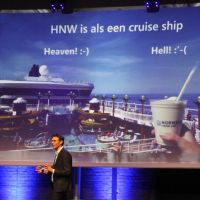 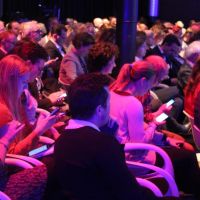 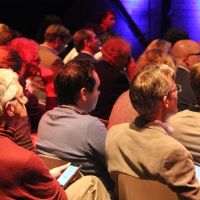 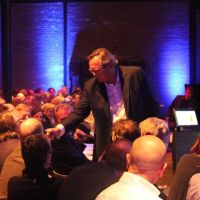 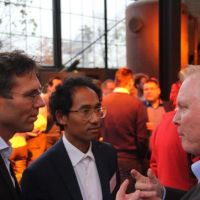 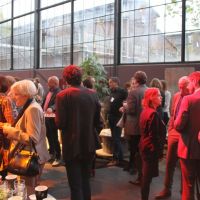 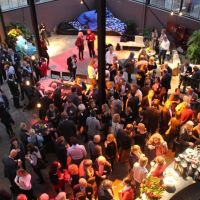 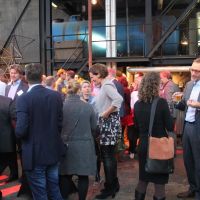