You are here: Home>News>What distracts us at the office? And what can y...

What distracts us at the office? And what can you do about it?

In 2014 and 2015 six questions on ‘distraction at the office’ were added to the WODI questionnaire. The reason being that, whereas the possibility to concentrate is reported in most of our case studies as a major problem, respondents also report it as one of the most important issues. Time to look for answers, explanations and solutions to this problem.

WODI database analysis shows that employees are most frequently distracted by noise their co-workers make and by their co-workers spontaneous questions. Noise made by climate installations and noises from outside were less frequently reported as disturbances. 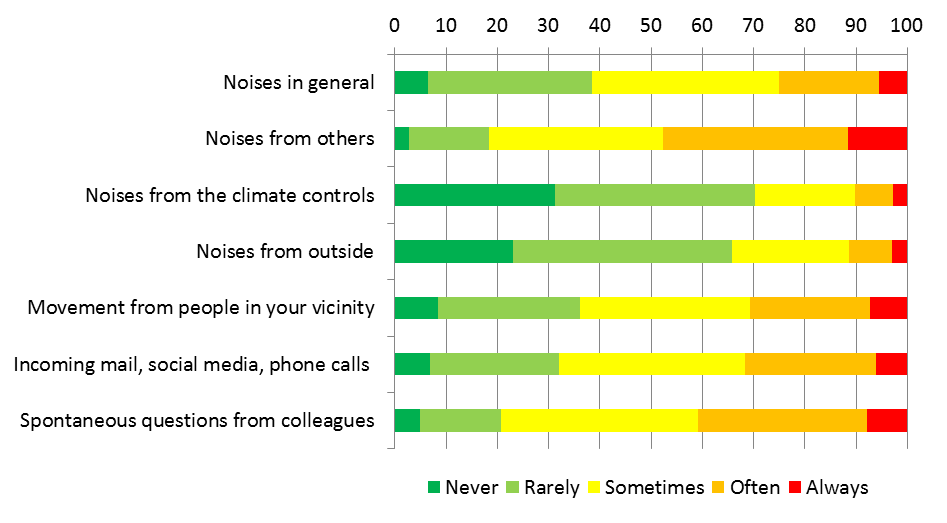 Co-workers are therefore the primary source of distraction. In offices with a flexible use of work-stations (often combined with a large degree of openness in the office layout) there are more distractions and disturbances than in more traditional closed offices.

Relationship between distraction and satisfaction on the possibilities to concentrate ...

Do you recognize this problem? Or are you expecting these kinds of problems in a new work environment? Then you should take the following critical points into consideration: